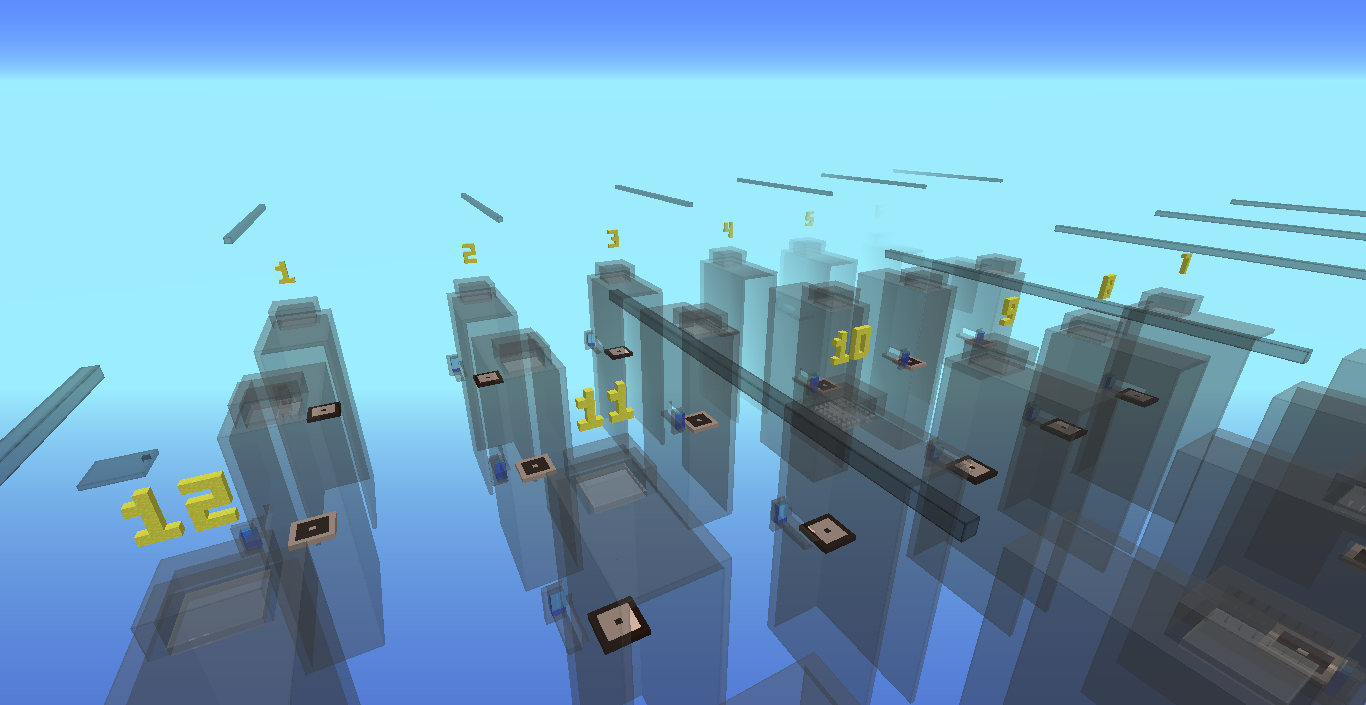 The map itself has a relatively simple concept, players cannon duel it out until there's one winner left. I took heavy inspiration from Cannon Duel & The Grand Dueling Tournament(s).

When a player wins their match, they're queued up for the next. When it's detected that there are two players waiting to queue for their next match, it begins the countdown to start.

Every match resets a player's inventory, giving them back the items they've used up in the previous round. There's a couple of other layers to the XML, but that's the simplified gist of it.

As it currently stands, the XML is functional, but it's a little rusty. I'm hoping to gather feedback and ideas/suggestions through this thread on what can be improved, or what can be done to make the game play of the map a little smoother. I'll also be testing the map occasionally, when player counts are low (if you were around the other day when I tried to test it with teams of 2, please ignore that, it was such a mess).

The map relies heavily on having the correct number of players in each match, at all times. If a player leaves half way through a match, the queuing system is often broken, and matches won't start. This is my largest issue, however I'm not sure what the best approach to fixing it could be.

The next update to the map will include bridges that connect the islands in the arenas together every 2m30s into each round (the countdown begins once players are dropped into the arena). These can be used to cross to the other side and melee the player (same idea as Cannon Duel). These are the bridges you see in the picture above (they unload when the match begins).

If anyone has any ideas, suggestions, or concerns, feel free to leave a reply. If anyone wants to try to take a stab at getting something working with the XML, I'll happily assist (though the thing is a monster to work with).

kroestEdited 3 years ago
Looks sick! Also +1 for mapdevs that actually post new maps they made on the forums.

Crazy_Edited 3 years ago
Too long. Many headaches too. Somewhere within two weeks from start to when I pushed it to the repo? Though I didn't touch it for several days at a time, so maybe more like a week if you count the days I actually worked on it.

ALMEdited 3 years ago
XML is too long

Crazy_Edited 3 years ago
I wanted to make it into the top 10 longest xmls, what can I say :smirk: