Hello everyone and welcome to the Stratus Unification update. This update has been in the works for the past several months and we have a lot to talk about.

To start things off, let's talk about the main feature of this update - the Stratus Pass. When you first log on to the server, you'll notice a blank sheet of paper. If you right click that, it'll open up the pass GUI. 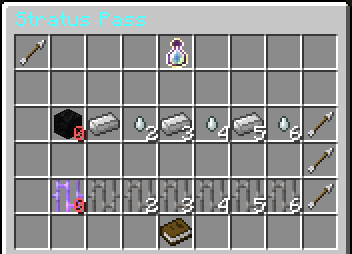 The pass contains 50 levels, as well as a bonus level you can immediately claim for joining the first time. Each level contains either droplets, tokens, or cosmetics that can be used for a plethora of different things (more on those later). In order to progress through the pass, you'll need to gain experience that you can gain from doing various activities around the network (more on that later as well). Completing the pass will unlock a special item only given to people who have completed it!

On top of the free pass, we also off a Premium Stratus Pass that can be purchased in our shop. The premium path contains many more items - most of them being more rare. Once you buy the premium pass, you'll instantly unlock the exclusive Heart Emoji.

The pass is on sale for $10 and will last the whole season. Each Stratus Pass is linked to a "Season", typically around 2 months. At the beginning of a season, a new pass will be given out to players which contains all new items to be unlocked. At the end of the season you won't be able to make any more progress on the pass, so make sure to get it done before it's over.

In order to unlock new levels in the Stratus Pass, you'll need to gain experience. Experience is currently gained one of two ways; through playing on the server or completing Quests.

By simply playing on Ranked, Mixed or Duels matches, you'll gain EXP whether you win or lose. Each realm has their own amount of EXP gained for playing in a match and also has their own daily EXP cap. Once you hit the cap, any EXP you gain will be converted into droplets. You can view your daily experience by hovering over the Experience Bottle in the Stratus Pass GUI.

Every day, you'll be given a random Daily Quest which can be completed for a set amount of EXP. You can also obtain other quests which can reward you not only with EXP, but also droplets, cosmetics and more. 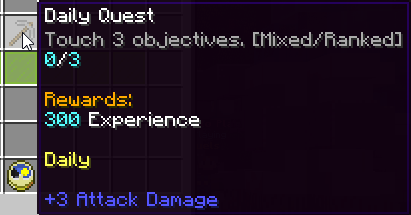 Droplets are making a comeback, and this time actually serve a purpose! Those of you who've been around long enough most likely already know what these are, but here's a one sentence quick summary for those who don't. Droplets are our form of currency which can be earned for playing matches, getting kills, and completing objectives.

In this update, you can also earn droplets through the Stratus Pass and Quests (and getting duplicate cosmetics, but more on that later). With these new droplets, you can visit one of our many ingame Shops and purchase whatever they're selling (more on tha-... I think you get the point).

While we mentioned that the Stratus Pass was the main feature, cosmetics are a huge part of this update. From chat emoji's to Ranked Cages, there are a ton of cosmetics to collect. To be specific, we are releasing 118 unique cosmetics for players to unlock in Season 1 alone! 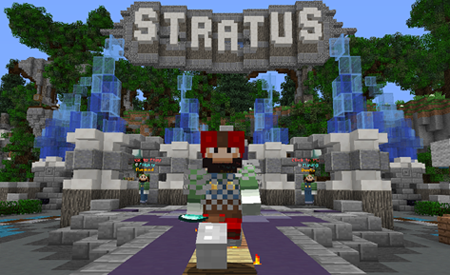 Similar to our Duels system, there are 5 rarities: Common, Uncommon, Rare, Ultra Rare and Legendary. The rarer the cosmetic it, the more unique it is. If you want an easier time to unlock the higher tier items, I hear the Premium Stratus Pass is a good deal.

As for the rest of the cosmetics, we'll leave you to explore all the categories on your own time.

Similar to cosmetics are Gadgets. These are special cosmetics which you can interact with in the lobby. There are a total of 8 gadgets being released this season. They are a lot rarer than most other cosmetics so they might be hard to come by, but the wait will be worth it! This is just between us two, but I hear the 25th level in the free pass contains a Droplet Gun. 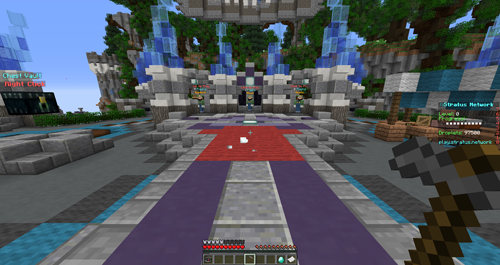 The inventory contains all of your collectables and consumables.

Want a chance to unlock cosmetics and gadgets that aren't part of the pass? This is the way to do it! Opening up a chest will give you a random cosmetic or consumable based on the chest that you open. Higher quality chests give you a better chance at getting rarer items, at the cost of being... well, more costly. 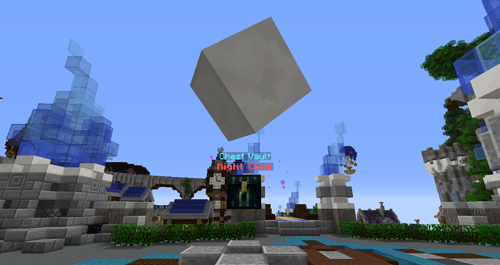 You also don't have to worry about getting a duplicate cosmetic. You've be given droplets based on the rarity of the cosmetic you would have unlocked!

We have three types of tokens; slap, rocket and setnext. Slap and rocket tokens allow you to run the /slap and /rocket commands in lobbies while the setnext token gives you /sntoken permissions on Mixed.

Lastly, you can now see your trophies in the Trophy GUI. Trophies are awarded for special events, milestones, and whenever we feel like giving people a trophy.

Shops are where you can use your hard earned droplets. You'll find villagers scattered around the lobby that sell many different items. At the main shopkeeper, you can purchase chests, tokens, and consumables. Other, more remote shopkeepers can sell different items or even items at a discount. Explore the lobby to try and find them all! 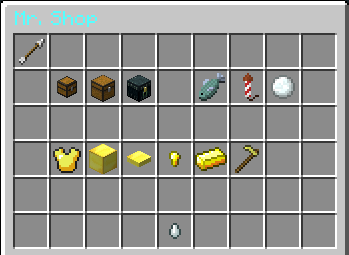 Speaking of lobby, we have finally updated our main hub!

We'd like to thank Tywnis, Xerocoles, Zero_Frosty, and all the other builders who worked on it.

As mentioned before, there are some shopkeepers hiding around but those aren't the only secrets. Run around and you might stumble across some easter eggs!


And with that, we're finally done going through the changelog of the Unification update. There are still quite a few things that weren't mentioned in this post, so hop on the server and explore. We also pushed out a large Ranked update today, you can read that announcement here.

We hope you enjoy this update!